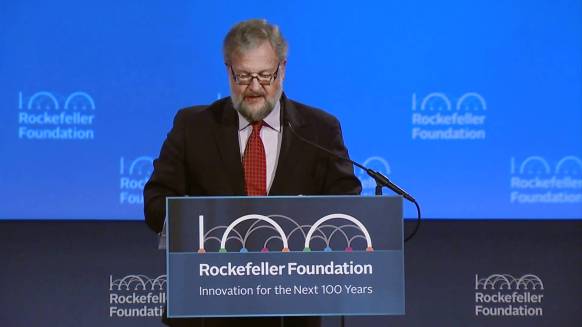 The Special Committee to investigate Tax-Exempt Foundations and Comparable Organizations was appointed by House Resolution 217, 83rd Congress, 1st Session (adopted July 27, 1953), to study and determine whether tax-exempt educational and philanthropic foundations and comparable organizations were using their resources for the purposes for which they were established and not for any “un-American and subversive activities; political purposes; propaganda or attempts to influence legislation” The investigation was to be completed and a report filed by January, 1955, with an initial appropriation of $50,000 and the expectation of more the following year. Said report, was filed with the House of Representatives, 83rd Congress, 2nd Session, as Union Calendar #926, Report #2681 and is commonly known as the “Reece Report,” after B. Carroll Reece of Tennessee, who served as Chairman to the Special Committee. Because of the politically sensitive nature of the findings of the committee, subsequent funding was not forthcoming for the second year of the investigations and the report was filed December 16, 1954. (Source- Pavlov’s Children by Ann Wilson).

The investigation was attacked by both the liberal and conservative press and was deemed as unnecessary by them. The findings of the Reece Committee were very revealing. It was found out that the big foundations were promoting internationalism and collectivism. By their subversive funding activities they posed a clear threat to american democracy and way of life of american people. The foundations were monumental in shaping the education and foreign policy of the United States and not only this but he foundations had their presence in all areas of society and in some areas had become more powerful than the federal government. Social Sciences were the main focus of these foundations. Despite these astounding discoveries no action was taken against the foundations and they continued to pursue their activities as usual. It was also discovered by the Reece committee that only do these big foundations like Ford, Rockefeller and Carnegie are interconnected and work together but also had lots of intermediaries like Social Science Research Council and smaller satellite foundations that were funded and used by them.

Norman Dodd was the director of research of the Reece Committee- Here is what he has to say about the tax-exempt foundations.

Rene Wormser who was the counsel to the Reece Committee later wrote an excellent book exposing these powerful foundations called Foundations their Power and Influence. Although it was written in 1958 but it is still pretty relevant today and a key source to understand the foundation world. You can download the full book here

Here are some excerpts from the book-

Whether foundation managers like to admit their influence or not, foundation giving most obviously has an enormous impact on education, on social thinking, and ultimately on political action.
This influence reaches the public through the schools and academies, through publicity, and through educational and other associations dedicated to public and international affairs.
The normal checks and balances in our public life can be annihilated through one-sided foundation support of the forces calling for change.

The foundation’s direct power is the power of money. The situation permits large foundations to exercise a profound influence upon public opinion and upon the course of public affairs. Great dispensing intermediary organizations control learned journals and university presses; they hold the key to academic publications and form an effective instrument of patronage.

Foundations were originally created to support existing institutions and to undertake certain “operating” functions. Today, and all too frequently, new recipient organizations are created by foundations, or with their subsidy, while needy and worthy existing institutions are ignored. The Ford Foundation in its early years created many sub funds for research and education which duplicated existing, similar organizations. In the twenties, several influential scientific and educational councils were set up jointly by cooperating foundation.

Favoritism for institutions and for scholars of a few such institutions tends to cause a migration of talent from the neglected to the pampered universities and gives a few schools of higher learning an elite character, at the same time reducing both the comparative prestige and the potential of the others.

A system of interlocks among major foundations and associated organizations has long existed in social-science research and education, It came about largely through the use of intermediary organizations to which foundations could donate wholesale funds for retailing grants. The system was so convenient and intriguing that clearing houses were brought into existence further to amplify this system of delegation.

The report of the Reece Committee described the “network or cartel” in the social sciences* as having five components. The first is a group of foundations, composed of the various Rockefeller and Carnegie foundadons, The Ford Foundation (referred to as “a late comer but already partially integrated”), The Commonwealth Fund, The Maurice and Laura Falk Foundation, The Russell Sage Foundation, and others.

The learned societies in the several “social sciences” were listed as the third component.
The fourth consists of the learned journals in these areas.
The fifth was “certain individuals in strategic positions, such as certain professors in the institutions which receive the preference of the combine,”

In testifying before the Reece Committee, Professor Rowe repeated his deep concern over the tendency of the great foundations to create guided research projects instead of supporting the individual researcher in whatever direction he wished to go. As Professor Rowe put it: “What is a professor to think when people with money come along and tell his university that what he is doing there is useless and ought to be liquidated, because it is being done much better some place else?”

There is much evidence that, to a substantial degree, foundations have become the directors of education in the United States. To what extent this has been brought about by conditions attached to financial support since the early activities of the Carnegie and Rockefeller foundations, it is difficult to assess. We do know that their first efforts to reform the colleges were only a beginning.

Research and experimental stations were established at selected Universities, notably Columbia, Stanford, and Chicago. Here some of the worst mischief in recent education was born. In these Rockefeller and Carnegie established vineyards worked many of the principal characters in the story of the suborning of American education, Here foundations nurtured some of the most ardent academic advocates of upsetting the American system and supplanting it with a Socialist state.

Mr. Sargent gave convincing evidence that efforts to use the schools to bring us to a new order, collectivist in nature, followed a plan and that this plan was supported by foundation money. He cited the Conclusions and Recommendations of the Commission on Social Studies of The American Historical Association. The American Historical Association is the professional association of historians and as such one of the organizations Participating in The Social Science Research Council. The work of its Commission was financed by The Carnegie Corporation to the extent of $34o,ooo. The Conclusions was the last section of the Commission’s final report, produced in 1934. It had an enormous and lasting impact upon education in our country.
The Conclusions heralds the decline of capitalism in the United States, It does not oppose the movement for radical change’ It accepts it as inevitable:
Cumulative evidence supports the conclusion, that in the United States as in other countries, the age of individualism and laissez faire in economy and government is closing and that a new age of collectivism is emerging.

New textbooks were required to take the place of the standard and objective works used in the schools. These new books could be used to indoctrinate the students, to give them the pathological view of their country upon which sentiment for collectivism could be built.

The Reece Committee concluded that because of the essential identity of evolutionary and revolutionary socialism and communism, much of the radicalism which has been supported and financed by foundations was “subversive,” It expressed itself as follows:
Foundation spokesmen have emphatically denied any support of subversion. We question, however, whether in such denials they did not misinterpret the meaning of the term’ ‘subversion.” Their denials were justified in so far as they are related to the direct support of Communism, but these spokesmen were well aware of the nature of some of the evidence produced before this Committee which showed that foundations had frequently supported those who wish to undermine our society. Their denials of subversion in relation to such activities are without merit.
What does the term “subversion” mean? In contemporary usage and practice, it does not refer to outright revolution, but to a promotion of tendencies which lead, in their inevitable consequences, to the destruction of principles through penetration or alienation, Subversion, in modern society, is not a sudden, cataclysmic explosion, but a gradual undermining, of persistent chipping away at foundations upon which beliefs rest.

Foundation Activity has nowhere had a greater impact than in the field of foreign affairs. It has conquered public opinion and has largely established the international-political goals of our country. A few major foundations with internationalist tendencies created or fostered a varied group of organizations which now dominate the research, the education, and the supply of experts in the field. Among such instruments are the Council on Foreign Relations, the Foreign Policy Association, the Institute of Pacific Relations, the United Nations Association, and the conferences and seminars held by American universities on international relations and allied subjects.

The influence of the foundation complex in internationalism has reached far into government, into the policy-making circles of Congress and into the State Department.

At least one foreign foundation has had a strong influence on our foreign policy. The Rhodes Scholarship Fund of Great Britain, created to improve England’s international public relations but not registered here as a foreign agent, has gained great influence in the United States for British ideas. It has accomplished this by annually selecting a choice group of promising young men for study in England. The usually Anglophile alumni of this system are to be found in eminent positions in legislation, administration and education and in the ranks of American foundation officials. Dean Rusk, president of The Rockefeller Foundation, and several of the staff members of that foundation are Rhodes scholars. Mr. Henry Allen Moe, the director of the Guggenheim foundation, and O. C. Carmichael, former president of the Carnegie foundation, are Rhodes Scholars.

Just as there have been interlocks and a “concentration of power” in education and in social-science research in domestic areas, there has been a similar combination in the field of foreign policy.

The major components of the concentration in internationalism have been The Carnegie Corporation, The Carnegie Endowment For International Peace, The Rockefeller Foundation, and, recently, The Ford Foundation.