Problem Reaction Solution (PRS) is a very effective technique the government uses. It can be broken into three parts.

1) Problem : The Government creates a problem themselves like 9/11 (which was an inside job) putting the blame on some organization like Al Qaeda.
2) Reaction : The general public will be in a state of Terror, panic and anxiety and will demand some thing to be done.
3) Solution : The Government comes forward and provides the preplanned solution such as war of terror and taking away our civil liberties and rights to monitor the people among us who maybe terrorist.

This is how the government fools the public into going at wars and to give away their civil liberties and create a police state. With the new changes the government easily accomplishes its goals such as standardizing other nations by wars and cracking down true patriots who raise their voice against the corrupt government.

Lenin with his slogans.

The governments have mastered the art of making labels, slogans and Images. Let me explain what they are.

LABELS : These are misleading and false names and tags given to Institutions, Laws, Economic Theories etc. For example the Federal Reserve is a private central bank, it has nothing Federal in it. The PATRIOT ACT is the one of the most unpatriotic act ever in US history. Free Trade sounds good but has nothing free in it and favor big corporations. Bioethics is actually Eugenics with the name changed. Outcome based Education is renamed Quality Learning. This Labeling method is used by governments as people can’t see beyond Labels and don’t oppose these things.

Slogans : These are popular lines or phrases perpetuated by the government to sell the public a change. People never create a deeper insights and detailed analysis of these lines and phrases and allow the changes to happen. For example the Federal Reserve was created by fooling the public into believing that it will create monetary stability. After being created in 1913 the Fed created the 1929 great depression by contracting the money supply. Similarly the Change of liberalization was given by many governments in the 1980’s under the slogan “to create competitive markets”, the result that came after the change was implemented was the creation of MNC Monopolies. Lenin and the Bolsheviks to come to power used lots of slogans like “Equality, Justice, New Utopia” when they got in control of the USSR they showed their true colors. Lenin even said we are going to win by Slogans.

Images : Images are the false opinions people have about Institutions like the mass media. The public has an image of the media to be neutral and unbiased whose work is to inform the public and to report whats out there. This false image allows the government to sell all its ideas and changes to the public through the mass media. Image making is also a very useful technique.

This seems to be Government law papers.

Government is run by secrecy and deception. The Public must know the laws to change them. Deliberately laws are made long and complicated so that the public can’t understand them. For example The General Agreement on Trade and Tariff (GATT) was around 22,000 pages long. It was also made complicated.

The best way to control an opposition is to create one. The elite knows that unpopular changes would be hated and would face a serious resilience. There is a danger of the public revolting and kicking the government and its system out. The elite supplies controlled opposition to fight these changes that lead the public. There implanted individuals and organizations keeps moving the general public in circles and the governments plans and agendas keeps on pacing. An Example of controlled opposition is the Occupy Wall Street Movement.

This is a popular and well known technique used by the governments in the past but unfortunately still used today and is very successful. The government sets the various faction of people it is exploiting to fight against each other. The power and voice of the general masses is broken and dispersed in many parts. They cant form a union and fight with a single force under the same banner. In fact their aggression is displaced at each other. The government can easily rule over such disunited groups.

Wall street and The Rise of Hitler. No school teaches this book.

The general masses never learn from history mainly because they are never given real histories. The official history is basically the mixture of facts with fiction to suit with the government created paradigm. School Kids accept, absorb and grow up with the official version of history which is written to brainwash them into believing the lies. Our history books are written by the Royal Institute of International Affairs and its branches like The Council on Foreign Relations. In Orwell’s 1984  all publishing material is constantly changed so that history fulfills the wishes and aims of the government. Who controls the past ran the party slogan controls the future “Who controls the present controls the past”.

The Transfer of Power 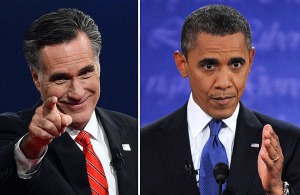 There is no point in voting Romney or Obama.

People like to see change in politics. They want to see their nation moving forward and progressing. The Elite knows that to maintain the Illusion of democracy they need to keep on changing the popular faces in politics like Presidents and Prime Ministers. Both the Republican and Democratic presidents are the puppet of corporate powers. If the public wants  change then they have to change the laws and the constitution. The government and the political system is run by the constitution. So if you want to see change and progress then get rid of the Federal Reserve Banking system and its debt slavery. End the economic imperialism of IMF, WTO, BIS and World Bank. Changing puppet presidents will never improve anything. It will only lead to the Transfer of Power. 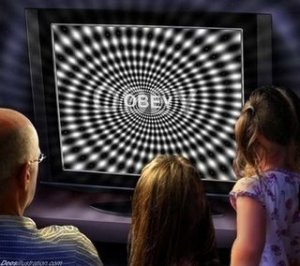 News Channels are there for public brainwashing.

The mass media (News channels, Newspapers, magazines) work is to sell the elite version to the public. Not only this the mass media also does a great job in getting people’s mind preoccupied in trivia like celebrity scandal and sports. For more info on how sports distraction is used by the elite. read here Real issues are censored like massive National debt, Privatization of Nations Industry and Infrastructure, SEZ, Deregulation, Free Trade, Forex markets, GMO Foods, UN Agenda 21. Public is deliberately kept ignorant. What people think can be controlled by controlling Information. In George Orwell’s novel 1984 the primary means of oppression was the absolute control of Information.

Wealth Drainage from the public

It is an unwritten rule that extra wealth should never be left with the public. The general public must only have enough money to survive and to save for future needs. Extra wealth means that there is a danger of the public funding anti government organizations which can then grow in power and influence. To cut off the monetary power of the public the government imposes many direct and indirect taxes. These taxes aren’t required to run the economy and are there just there for the purpose of draining out the wealth from the general public. Did you know that the USA didn’t had a permanent Income tax until 1913.

If the government doesn’t want then there would be no crime or it wont be at the level what it is today. Crime is not controlled and kept in check by creating strong criminal laws. The government wants all kinds of crime to happen, to keep the public in a state of terror and anxiety. The public must be constantly abused and harassed so that their mental will for resilience is broken.