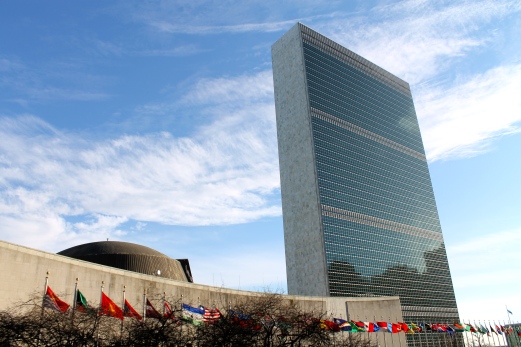 United Nations is helping built cities world wide. UN is a big player in the Urbanization Agenda. UN Habitat III summit is planned to be held next year in 2016, succeeding Habitat I and Habitat II held in 1978 and 1996 respectively.

UN is a big player in the elite agendas and was built by them and it serves them on many fronts. It is a principle force in the implementation of the new world order. UN is the biggest hypocritical organization ever. Behind the mask of humanitarianism and its slogans of world peace, international cooperation, food, medicine and aid for the developing world lies its true face. UN is behind Population control, Global governance, New age propaganda, Environmental treaties and policies, Internationalism and much more.
These elitist who truly run the United Nations have different goals in mind from what they tell the public, they don’t do anything for public welfare, as they claim and try to project.

UN is giving its urbanization agenda lot of attractive labels like city for all, housing and slum upgrading, sustainable cities but the real motive to do so is to move people out of rural areas. Move them into over crowded cities. People will be forced to leave the country side and move into highly controlled cities. That’s what United nations Habitat areas are all about. They are also the first step to built Smart cities. These Smart Cities are like Orwell’s 1984. There 24 hr surveillance will be the norm and all kinds of sensors will give real time data on all human activities. Energy will be rationed and all activities will be restricted to that limit.
Urbanization is done to help facilitate the building of these coming Orwellian Smart Cities. The plan goes as follow.

1. Urban Areas > 2. Smart Cities > 3. Highly Controlled mechanism in them to regulate all areas of public life.

That’s the real truth behind this push for urbanization by the UN.
Smart Cities are being built in many places around the globe. Many elite corporations are helping governments accomplish this goal. Many fake definitions and fake arguments have been perpetuated to make these smart cities look good and a wonderful place to live. These cities in truth are like massive prisons.
Smart City can be considered to be a place where Information and Communication Technologies  (ICT) are integrated with the public life. IT giant Siemens on Smart Cities –
“Several decades from now cities will have countless autonomous, intelligently functioning IT systems that will have perfect knowledge of users’ habits and energy consumption, and provide optimum service…The goal of such a city is to optimally regulate and control resources by means of autonomous IT systems.”

On 1 January 1975, the UN General Assembly established the United Nations Habitat and Human Settlements Foundation (UNHHSF), the first official UN body dedicated to urbanization. Then under the umbrella of the United Nations Environment Programme (UNEP), its task was to assist national programmes relating to human settlements through the provision of capital and technical assistance, particularly in developing countries.

The first international UN conference to fully recognize the challenge of urbanization was held in 1976 in Vancouver, Canada. This conference – Habitat I – resulted in the creation, on 19 December 1977, of the precursors of UN-Habitat: the United Nations Commission on Human Settlements – an intergovernmental body – and the United Nations Centre for Human Settlements (commonly referred to as “Habitat”), which served as the executive secretariat of the Commission. Habitat was then also mandated to manage the UNHHSF funds.

In 1996, the United Nations held a second conference on cities – Habitat II – in Istanbul, Turkey to assess two decades of progress since Habitat I in Vancouver and to set fresh goals for the new millennium. Adopted by 171 countries, the political document – dubbed the Habitat Agenda – that came out of this “city summit” contained over 100 commitments and 600 recommendations.

From 1997 to 2002, Habitat – guided by the Habitat Agenda and, later, the United Nations Millennium Declaration in 2000 – underwent a major revitalization, using its experience to identify emerging priorities for sustainable urban development and to make needed adjustments and corrections in its direction and organizational structure.

On 1 January 2002, through General Assembly Resolution A/56/206, Habitat’s mandate was strengthened and its status elevated to a fully-fledged programme in the UN system, giving birth to UN-Habitat, the United Nations Human Settlements Programme. Key recommendations and fine tuning of the agenda were now underway, along with new strategies for achieving the urban development and shelter goals and targets for the next 15 years.

Habitat III is the United Nations Conference on Housing and Sustainable Urban Development, to take place in Quito, Ecuador, from 17 – 20 October, 2016.
Habitat III offers Member States an opportunity to discuss a New Urban Agenda that will focus on policies and strategies that can result in effectively harnessing the power and forces behind urbanization.
(Source – UN)

The Executive Director of UN Habitat –  Joan Clos i Matheu

The World Urban Forum is an international conference dedicated to urban issues, organized by UN-Habitat. It was established by the United Nations to examine one of the most pressing issues facing the world today: rapid urbanization and how to ensure a sustainable urban development.It is organized biennially in the years between the UN-Habitat governing councils.

The World Urban Campaign is the world living platform on cities for sharing and learning on initiatives, actions and policies driving positive change towards sustainable urbanization. Coordinated by UN-Habitat, it is a global coalition of public, private and civil society partners seeking to raise the urban agenda. The campaign is UN-Habitat’s partners’ platform for the preparation of the Third United Nations Conference on Housing and Sustainable Urban Development (Habitat III) to be held in 2016.
(Source – Wikipedia)

What will Habitat III offer?

• Rethink the Urban Agenda: By embracing urbanization at all levels of human settlements, more appropriate policies can embrace urbanization across physical space, bridging urban, peri – urban and rural areas, and assist governments in addressing challenges through national and local development policy frameworks.
• Integrate Equity to the Development Agenda: Equity becomes an issue of social justice, ensures access to the public sphere, extends opportunities and increases the commons.
• Foster national urban planning and planned city extensions.
• Decide how relevant sustainable development goals will be supported through sustainable urbanization.
• Align and strengthen institutional arrangements with the substantive outcomes of Habitat III, so as to ensure effective delivery of the New Urban Agenda.
• Revise and renew UN – Habitat’s mandate to ensure that it is fit for purpose. UN – Habitat is ready to join efforts with Governments stakeholders to promote a new model of urban development for the twenty – first century.
Key points to remember
• Only a United Nations conference has the convening power to bring together the actors you need to achieve these objectives. Solutions for the complex challenge of urbanization can only be found by bringing together member states, multilateral organisations, local governments, private sector, and civil society.
• Habitat III will guarantee outcomes take place within the sustainable development goal framework. It stands to be the first implementing conference of the post 2015 agenda.
• An inter – governmental process links results with national legislation.
• A successful United Nations conference can provide a tremendous boost and ownership to implementation.
(Source UN)

These urbanization organizations like Citiscope are funded by the Rockefeller and other elitist bloodlines.

Below are the supporter of Citiscope from their own website.

In 1996, Citiscope editor Neal Peirce covered the United Nations’ Habitat II conference in Istanbul where he learned about and became intrigued by a world database on leading city innovations then being developed by UN-Habitat. Interviewing Nicholas You, the UN-Habitat official in charge, he then wrote one of his columns (syndicated by the Washington Post Writers Group) on the topic. He then returned frequently in his column on world cities and their new directions.
Fast forward to 2007. Rockefeller Foundation president Judith Rodin and vice president Darren Walker decided to invite distinguished city actors and observers from around the world to participate at a major month-long “Global Urban Summit” at the foundation’s Bellagio, Italy conference center. Peirce was invited to attend the conference and write a report on its findings. He assembled a team from the Citistates Group which he headed — a network of journalists, speakers and civic leaders focused on building competitive, equitable, and sustainable 21st century cities and metropolitan regions. With colleagues Curtis Johnson and Farley Peters, he authored the resulting book: Century of the City: No Time To Lose, published by the Rockefeller Foundation in 2008.
In 2013, both the Rockefeller Foundation (through its new “Resilient Cities” program) and the Ford Foundation (moving into international city urban development work) provided strong funding permitting Citiscope to plan its move into full operation — CitiSignals starting in October 2013, and a full program of weekly stories by journalists worldwide commencing in in January 2014.
(Source – Citiscope)

Moving into these cities doesn’t seem to be a good idea, as in  these cities one will be completely dependent on government and corporations for food, water and other things required for living. Later they will be converted into smart cities which will be even worse. Started in 1976 the plan for building these controlled cities  are proceeding well. This is just an example of how well the elite have planned out everything. There are many agencies and organizations that work towards all their plans. These elitist plan the future and they plan it way in advance and execute their plans so well. It is clear to see that world events and changes do not happen at random but follow a script and are planned long time ago. Who did they ask regarding the habitat areas ? Where is the democracy ? Regardless of which party wins their plans keep on proceeding.