Sports is a Corporate Circus 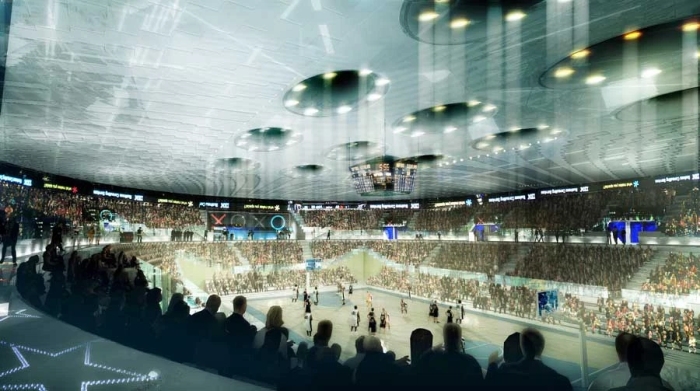 Sports is nothing more than meaningless trivia which people watch, read about and talk day after day and waste their precious time and energy. Teens, old people, man, women, nearly everyone seems to have his mind preoccupied with sports. Earlier I couldn’t understand how is it that there is something known as professional sports (I mean are you serious that an individual spends his life kicking a ball or hitting one) and also how come these sports persons get so much media attention and they are projected as Icons and Idols whom everyone should follow. (I don’t know about you but to me that appears to be a joke in itself). Nevertheless I just couldn’t grasp the foolishness of the great majority of people who were obsessed with men kicking a ball around. So to search the answers for my questions, I did a bit of research and found out something very interesting that mega corporations own and sponsor all these sports channels, sports teams and sports tournaments. Its they who benefit from it.  Average people apart from wasting their crucial time and energy, spend their hard-earned money to fill the bank accounts of billionaire corporate owners. So basically its all a big business in which the ordinary people have been deceived to indulge in, through clever marketing techniques applied by the mass media as even mega corporations own and control the media.
Sports is used to distract people from real issues like Disinvestment, GMO foods, FDI, increased surveillance, UID, Free trade agreements, The economic imperialism of International Financial Institutions IMF and World Bank, Inflation in prices , deregulation , privatization of nations industry, weak legislative , judiciary, executive systems, SEZ , Forex markets, Stock and commodity exchanges, UN Agenda 21, Central banks with their fiat currency, children being hyper sexualized , gruesome wars, horrific poverty and the list goes on and on. People are so obsessed with sports, they never think , discuss , question, analyse and debate real issues. These key, vital and essential issues that effect us at every level of our life get completely unnoticed. Most of them or should I say all of these real issues involve these mega corporations and their massive power structure spread all over the globe. That’s why a massive web of sports mind control has been spun by the elite spider which has trapped the minds of the unsuspecting public.
Even the mainstream media is corporate owned as I mentioned previously. Media markets sports well by giving it excessive coverage and over exaggerating the reasons why we should watch sports (like it gives a nation respect or it unites the people and other boring and completely nonsensical slogans are used by the media to deceive people into watching sports). These sports players are made celebrities so that they can be used to serve their elite masters even further by helping to sell the products of these corporations through advertising. Sports is a corporate circus created by the ruling elite to distract and capture the minds of the unsuspecting public. So that they never wake up and fight the corrupt system.
Even the Elite futurist and famous writer H.G Wells wrote on this subject and explained how in the future there will be arenas all across the world and people will be distracted by Sports. Which is nothing but just a trivia.
The best way to conquer a man is to capture his mind. Has the ruling elite conquered us by capturing our minds ? I think so. What about you ?

5 thoughts on “SPORTS IS A CORPORATE CIRCUS.”

This site uses Akismet to reduce spam. Learn how your comment data is processed.